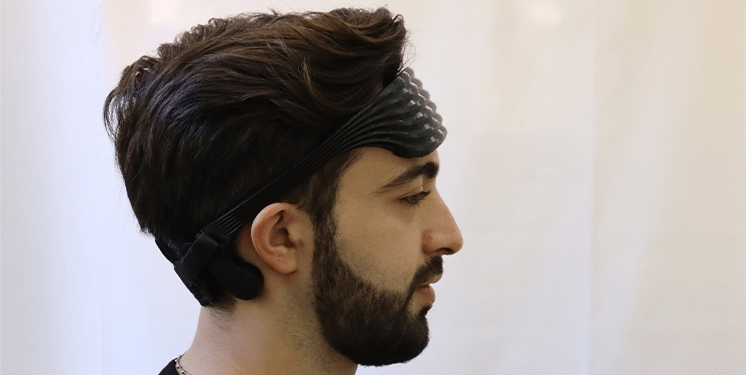 Electroencephalography (EEG) is an electrophysiological monitoring method to record electrical activity of the brain. It is typically noninvasive, with the electrodes placed over the scalp, thus suitable also for no-laboratory settings.

Each conscious and unconscious mental function is the result of the electrical communication among the human brain neurons. It is not possible to record in a no-invasive way the electrical activity related to each neuron, however the EEG technique is able to measure the voltage fluctuations over the scalp caused by the concomitant electrical activity of a neurons population. Such voltage fluctuations could be charachterized in terms of spectral content (EEG rhythms or bands) or of time-domain characteristics (Evoked Potentials and Event-Related Potentials).

The brain's spontaneous electrical activity (popularly called "brain waves") of a particular brain area in a particular band could be associated to specific cognitive processes (e.g. memorization, decision-making,…) and mental states (e.g. workload, fatigue, drowsiness, …). The Evoked Potentials (EP) analysis consists in averaging the EEG activity time-locked to the presentation of a stimulus of some sort (visual, somatosensory, or auditory). Event-related potentials (ERPs) refer to averaged EEG responses that are time-locked to more complex processing of stimuli.

EEG is often used to diagnose epilepsy, which causes abnormalities in EEG waves. It is also used to diagnose sleep disorders, coma, encephalopathies, and brain death. In general, EEG used to be a first-line method in clinical applications about the human brain, thanks to its no-dangeoureness for the patient, compared to the Computer Tomography (CT), it is relatively inexpensive and no-bulky, compared to the Magnetic Resonance Imaging (MRI) and has a greater time resolution (milliseconds) not possible with CT or MRI.

Beyond clinical application, thanks to its advantages the EEG technique is widely used in neuroscience, cognitive psychology, psychophysiological and neuroergonomics research.