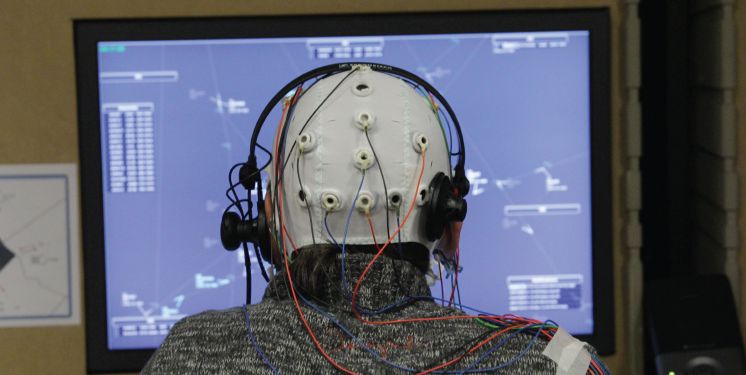 European Union has funded BrainSigns for developing the idea of a new device BrainWorkloadReader: an innovative device for measuring by cerebral signals the mental workload of pilots and controllers during training sessions.

BrainSigns has been funded this year with a small contribution from EU SME-INST Phase1 under the Horizon2020 funding program for the development of an innovative tool: a new wearable EEG device capable of measure in real time the mental workload during difficult tasks, named “BrainWorkloadReader (BWR)”

The mental workload concept has been defined as the portion of an individual’s limited mental capacity that is actually required by task demands.The assessment of mental workload and the identification of the functional state of the user’s brain could help both in optimizing the human machine interaction (HMI) and planning the work-rest turn over in order to avoid hazardous errors during the working activity. In addition, such assessment could avoid the occurrence of sustained periods of mental overloading, which eventually may result in a drastic decrease of performances with possible dangerous consequences. It has been demonstrated how a mental overload can increase even of six times the possibility to commit error during working activities.

This attempt could be possible thanks to the results of several years of validated scientific research combined with the development of a new EEG device highly affordable as well as easy to wear. For such interesting kind of innovation the company studied in details a development and commercialization project recently submitted to H2020 SME-INST Phase2.

The BWR prototype has been validated in pilots of the commercial airlines, as well as military pilots under simulators and real flight, as well as in helicopter’s pilots. In addition, an extensive validation of the BWR concepts has been performed under the EU funded research program NINA (“Neurometric Indicator for Air Traffic Controller”) in the Air Traffic Controller personnel of the national agency for the civil aviation in France, ENAC . The project NINA has been developed in cooperation with the company DeepBlue and under the umbrella of the University of Rome “Sapienza”. In fact, BrainSigns is participated by the University Sapienza and the scientific director of the NINA project is also the scientific director of the BrainSigns.