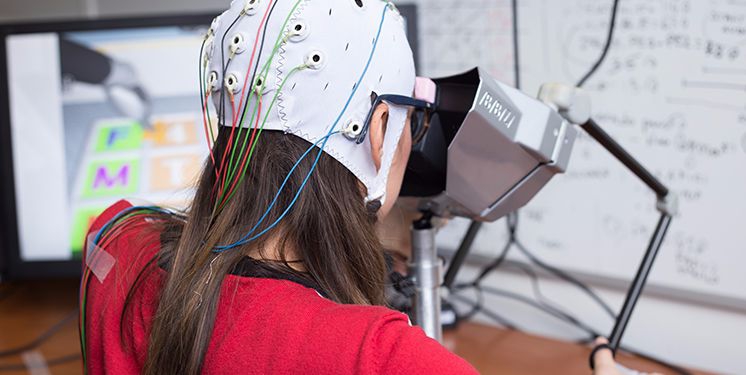 A technology based on the estimation of the cerebral activity could tell me if I am ready to use the Da Vinci assistive  robotic surgery.

It is well know how we could perform a particular duty assigned and to be evaluated in relation to its effective and overt behavior. However, since today it was impossible to understand for the trainer to estimate the spare cerebral capacity of the trainees (e.g. the residual cognitive ability of the trainees during the execution of the task). In fact, the overt evaluation of the task return no information about the degree of difficulty experienced by the trainees during the task.

However, this spare cerebral capacity is important in challenging context, such as in the airplane’s cockpits or in the control room of underground or train networks.

A study performed in cooperation between BrainSigns, a spin-off company of the university Sapienza, the Dept. of Molecular Medicine, and the Dept. of Computer Science of the University of Verona has shown that it is possible to measure the degree of learning of students during the training with the surgical robot “Da Vinci” and its simulator “Acteon”, this last developed by the BBZ srl in Verona. 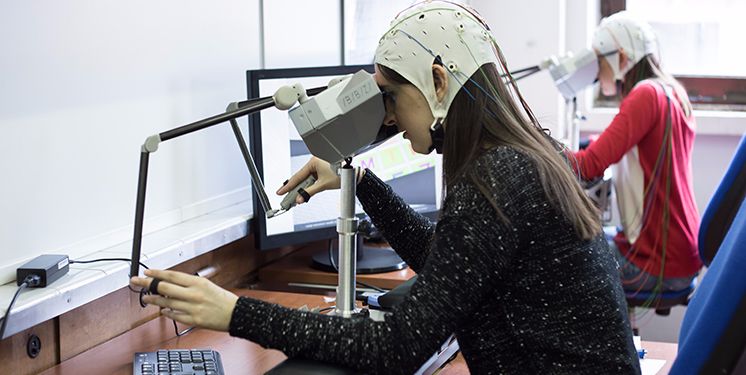 By using a technology previously developed along different European and military projects related to the measurements of cognitive workload in airline and helicopter pilots , BrainSigns has investigated the cerebral efforts of 28 students that undergone a training with the surgical robot “Da Vinci” and its simulator “Acteon” by BBZ.

Results obtained during the experiments performed both in Verona and Roma have shown how it is possible to estimate efficiently such “spare cognitive” capacity in trainees during the learning of their duties.

Such results will be presented to the 38th mondial conference of IEEE-EMBS in Orlando, FL, USA during the next August. 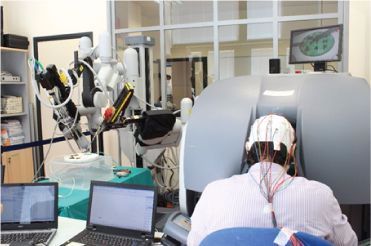 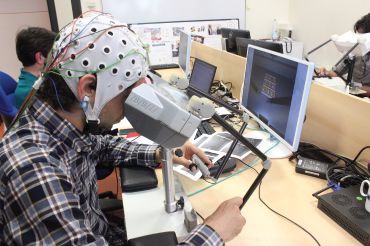 Different moments of the experiments with the robotic surgical device “Da Vinci” (above) and “Acteon” (below) are shown.