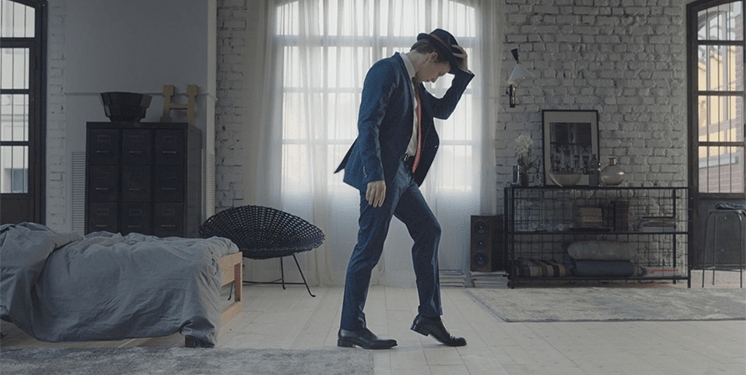 Who does not remember the dancer JSM that danced on all possible touchpoints for three consecutive years on the notes of "All night" by Parov Stelar and "Another Day of Sun", the soundtrack of La la land?

In October 2016, TIM asked BrainSigns to measure in a neuromarketing key the instinctive response of a TLC target sample of the new "Dancer" commercial accompanied by All night music. The spot had to be broadcast on New Year's Eve with a radical change from the communication format at that moment on air.

Neuromarketing methods could predict three months before the launch that this new communication format would be a great success. Through measurement of heart rate, skin conductance, and brain indicators and eye movement tracking, during the pre-testing, an unprecedented successful potential of this audio communication was found through a repeated exposure study.

In particular, the values of the emotion indicator generated by the commercial with the music in the test remained constantly positive and high throughout its duration (Fig. 1). And it was the lively, friendly, cheerful and fun music that acted directly on the emotion, with its timbre and notes. 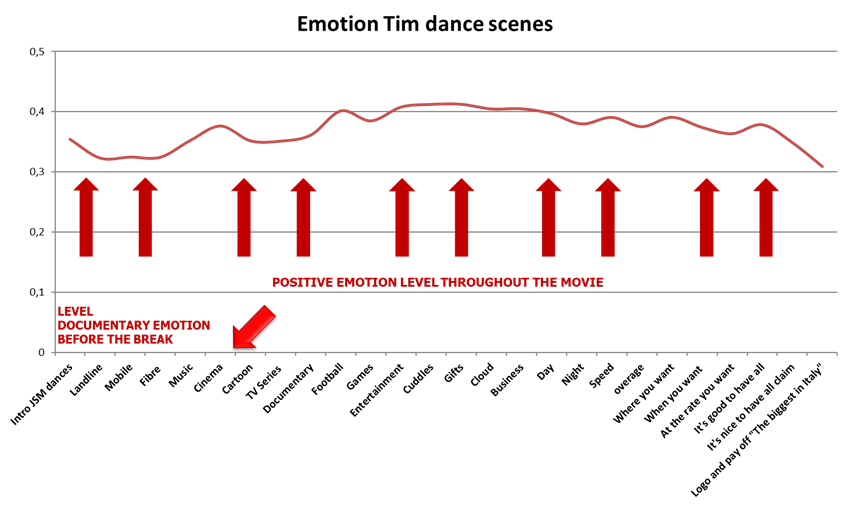 Particularly promising were the results of a succession of repeated tests on the same experimental subjects as the number of test commercial's views increased. One of the many potentialities of neuromarketing is to measure the optimal frequency of repeated exposure, in other words, to understand when an advertisement becomes "boring / less effective". Usually, after a few exposures, emotional involvement decreases without getting up again (wear out).

For this advertisement, on the other hand, the emotion immediately started high. It gave way to a greater cognitive interest for the acquisition of information content, and finally, the more it was seen (even after 10-12 exposures) more the involvement increased again. (Fig., 2).

The study carried out two months before the launch already announced the format's success, which was then confirmed in the following months. 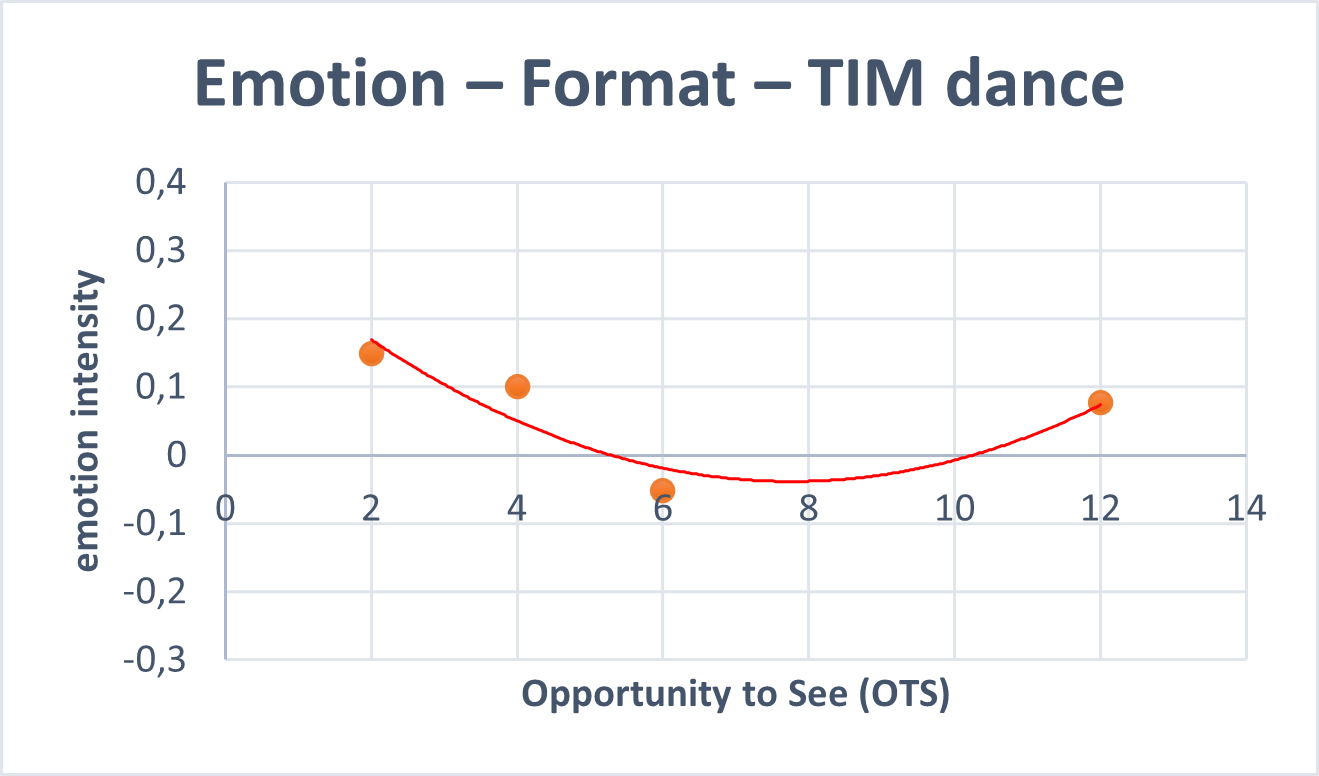