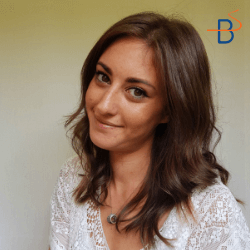 The collaboration with BrainSigns started between 2016 and 2017, addressed to the writing of her Master Thesis on the European Project "Smoke Free Brain". Such research project aimed to explore the neurophysiological signals (EEG, HR, GSR) during the vision of anti-smoking campaigns.

In 2017 she was performing an internship at BrainSigns with the aim of improving her knowledge and integrating the Implicit Reaction Tests (IRTs) in Neuromarketing contexts.

Since 2018 she has been working with BrainSigns as a Neuromarketing Consultant, dealing mainly with the design and analysis of Implicit Reaction Tests (IRTs), in order to investigate implicit or automatic choice mechanisms in Neuromarketing contexts.

In addition to this, she deals with the administration of Qualitative Interviews, supporting internal research and projects for customers of large companies like Loacker, TIM, UNHCR, CONI.

She also performs recordings and analysis of cognitive and emotional variables through the use of devices like EEG, Heart Rate, Galvanic Skin Response and Eye Tracking in order to identify the emotional and cognitive responses of consumers during the observation of marketing stimuli.