Dr. Gianluca Borghini is a Tenure Track Researcher (RTD-B) at the Dept. of Molecular Medicine of the Sapienza University of Rome and the team Leader of the “Human Factor” Lab of BrainSigns srl. 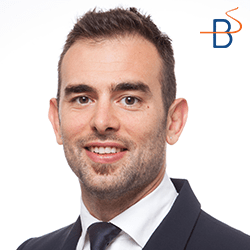 He received the PhD in Bioengineering and Master Degree in Electronic Engineering at the ALMA MATER STUDIORIUM University of Bologna.

Since 2009 he has been focusing his work on the objective assessment of mental states by combining behavioral, subjective, and neurophysiological (e.g. EEG, ECG, EOG, GSR) data. In particular, his research activity involves signal processing, machine-learning algorithm, and connectivity-based methods. Most of the studies have been conducted on professional personnel as military and commercial pilots, and air traffic controllers (ATCO) for the evaluation of their training level, mental workload, stress, mental fatigue, selective attention, vigilance, and cognitive control behavior.

In the 2011, he got the first position at the Flight Safety Course at the Italian Air Force Headquarter in Rome. Also, in the 2011 and 2016, he was rewarded with the prize “I Guidoniani” for the best research in the Aerospace Medicine.

In 2019 Dr. Borghini received the National Scientific Qualification in Bioengineering, and the Italian Best Award for his contribitions in researches in the Aviation field. Finally, in 2020 he has been recognised as one of the Top 2% World Scientists. He has been involved in several National and International projects, and collaborations with partners like the Italian Air Force (Rome, Italy), Alitalia airline company (Fiumicino, Italy), Agusta-Westland (Yeovil, UK), ENAC (Toulouse, France), ENAV (Rome, Italy), DLR (Braunschweig, Germany), NUS (Singapore), Hangzhou Dianzi University (Hangzhou, China), University of Murcia (Murcia, Spain), University of Bologna (Bologna, Italy), and Deep Blue srl (Rome, Italy).

As projects and collaborations, Dr. Borghini has been involved in both military and civil projects like BrainShield, BrainTrained, STRESS, MOTO, MINIMA, and he is currently involved in the following ongoing European projects: SAFEMODE, SIMUSAFE, and WORKINGAGE. He is co-author of more than 70 scientific contributions in peer-reviewed international journals, and an European patent. In addition, he is Guest Associate Editor of the international scientific journals "Frontiers on Neuroergonomics", “Computational Intelligence and Neuroscience”, "Brain Sciences", and reviewer of several international journals.

Dr. Borghini ’s list of publications can be retrieved through the PUBMED service hosted by the National Institute of Health (NIH) in USA at the following public link: http://bit.ly/2SSQocY